Where would we be without civil medical malpractice cases?

Submitted by Wallace B. Wason, Jr.

The civil justice system, including medical malpractice cases, plays an important role in our society’s need for justice and balance. Its role is different than the criminal court system, but both systems are helped by the presence of the other.

We all learned the basic concepts embodied in the civil and criminal court systems when we were growing up: If you hurt someone by being careless, you should try to make it up to them. If your parents thought you did the wrong thing, they might punish you.

You pay the neighbor to fix the window you broke with your carelessly thrown baseball. That’s what a civil lawsuit, like malpractice, is for. Civil courts can help the injured person to force someone who does not accept responsibility for their negligence to compensate the person they hurt.

Criminal courts, on the other hand, are all about punishing the wrongdoer, in order to deter him from doing it again and teach him a lesson.  Growing up, this might mean being grounded by your parents – or worse.

Doctors who complain about their malpractice insurance premiums or protest their patients’ ability to sue them for medical malpractice might want to consider the alternative. In February 2017, a newspaper reported the story of a Texas neurosurgeon being sentenced to life in prison for maiming his victims.  http://www.chron.com/news/article/Texas-neurosurgeon-sentenced-to-life-for-maiming-10947676.php.

Without civil medical malpractice cases being able to provide them a remedy, victims injured by their doctors would, without a doubt, be spending more time trying to get the attention of prosecutors in order to get justice through the criminal courts. Then, instead of having to give some of their allowance away to the person they hurt to make it up to them, more negligent doctors might find themselves getting sent to a time out by the criminal courts as punishment. 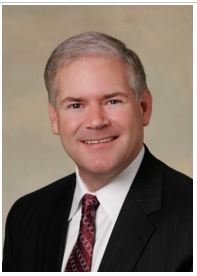