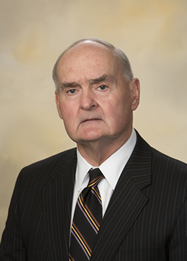 An attorney with 46 years of experience in commercial banking and business transactional work, Conway has represented a variety of interests (purchasers, sellers, automobile dealers, real estate companies, museums, utility companies, industrial development authorities, banks and mortgagees). He has prepared and reviewed all facets of the legal documentation related to these transactions to include development, finance, tax, choice of entity, real estate, environmental, and regulatory considerations. He has represented owners and lending institutions in both residential and commercial real estate development. In addition, in the completion of such transactions he has also represented the interest of title insurance companies.

His commitment to civic and charitable entities has been demonstrated by his service on museum, bank, hospital, municipal and professional boards, to include the Virginia Bar Association and the Virginia State Bar.