In a June 22, 2017 opinion by the Virginia Supreme Court, the Justices found that a trial court did not abuse its discretion in excluding real estate tax assessments to establish the value of real property.  In Lawerence E. Gelber, Co-Executor of the Estate of Beverly E. Gelber, Deceased, et al. v. Meryl Ann Glock, the trial court sustained the defendant’s objection to the admission of the real estate assessor’s records on the grounds that they constituted inadmissible hearsay.  The Executors responded that they were admissible under a public records exception providing that records, reports, statements, or data compilations prepared by public offices or agencies and matters observed within the scope of the office or agencies duties do not constitute inadmissible hearsay. While recognizing the hearsay exception for public records, the Supreme Court ruled that the exception did not render opinions contained within the hearsay records admissible.  The Supreme Court has previously ruled and confirmed in this opinion that the official documents exception to the hearsay rule does not permit the introduction of opinion evidence contained in such records. 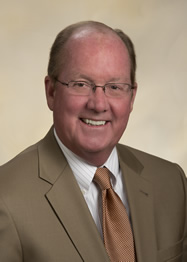